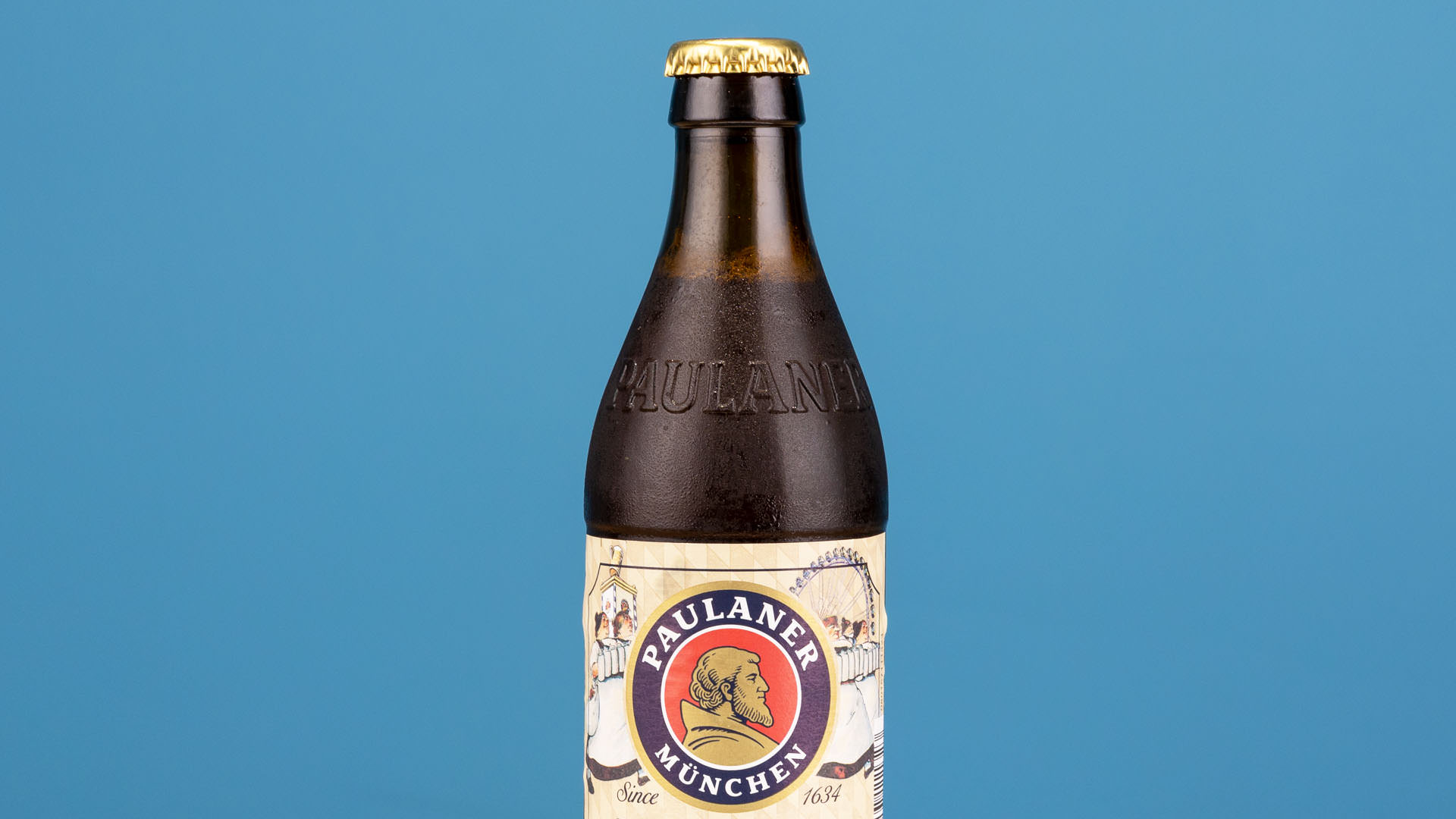 It’s the most wonderful time of the yearrrrrr! No, it’s not Christmas, it’s Oktoberfest!!! And in the most recent video, we celebrated with Paulaner’s Oktoberfest Marzen. Paulaner is actually the youngest of the six Munchen breweries that are allowed to brew Oktoberfest Marzens (if you consider a brewery being started in 1634 young).

This 6% ABV Marzen Lager pours a slightly copper, slightly amber color with great carbonation and great long lasting head. The aromatics completely rush into your nose and resemble toasted bread crust with some slight caramel notes as well. The flavors of the beer are right in line with those of the aromatics. You get a sense of toasted bread crust, you get slight caramel notes and in a sense, you basically feel like you’re drinking liquid bread.

I mentioned earlier that there are six total breweries that can brew the Oktoberfest beers that you find in the halls of Germany. Those include Augustiner (which is Munich’s oldest brewery), Hacker-Pschorr, Hofbrau, Lowenbrau, Spaten & Paulaner. The whole reason Okotberfest started (back in 1810) was because Kronprince Ludwig married Therese of Saxe-Hildburghausen on Oct. 12th, 1810. The citizens of Munich were invited to celebrate this royal event and held festivities on the fields in front of the city gates which has now evolved to the worlds biggest beer fest today. Now you might be asking yourself, I’ve had a bunch of Oktoberfest beers from breweries that are not listed above. Correct, you may have, but the six breweries listed are those that ACTUALLY brew Oktoberfest beers. Any and all other breweries brew Oktoberfest “style” beers. Think of Champagne, it can only be created in the Champagne wine region of France, everything else is just sparkling wine.

While drinking an amazing beer, you know you need to have it alongside some great food as well. This is an amazing beer because your choices are endless with what you can pair a Marzen alongside. You can pair this beer alongside bratwurst, weinershniztel, french fries, a whole grilled chicken, or hey, even a loaf of bread if you want. This is a beautiful easy drinking beer that is meant to be enjoyed with some strangers you just met, acquaintances, friends, your loved ones or even your family (well, if you like them). Prost!