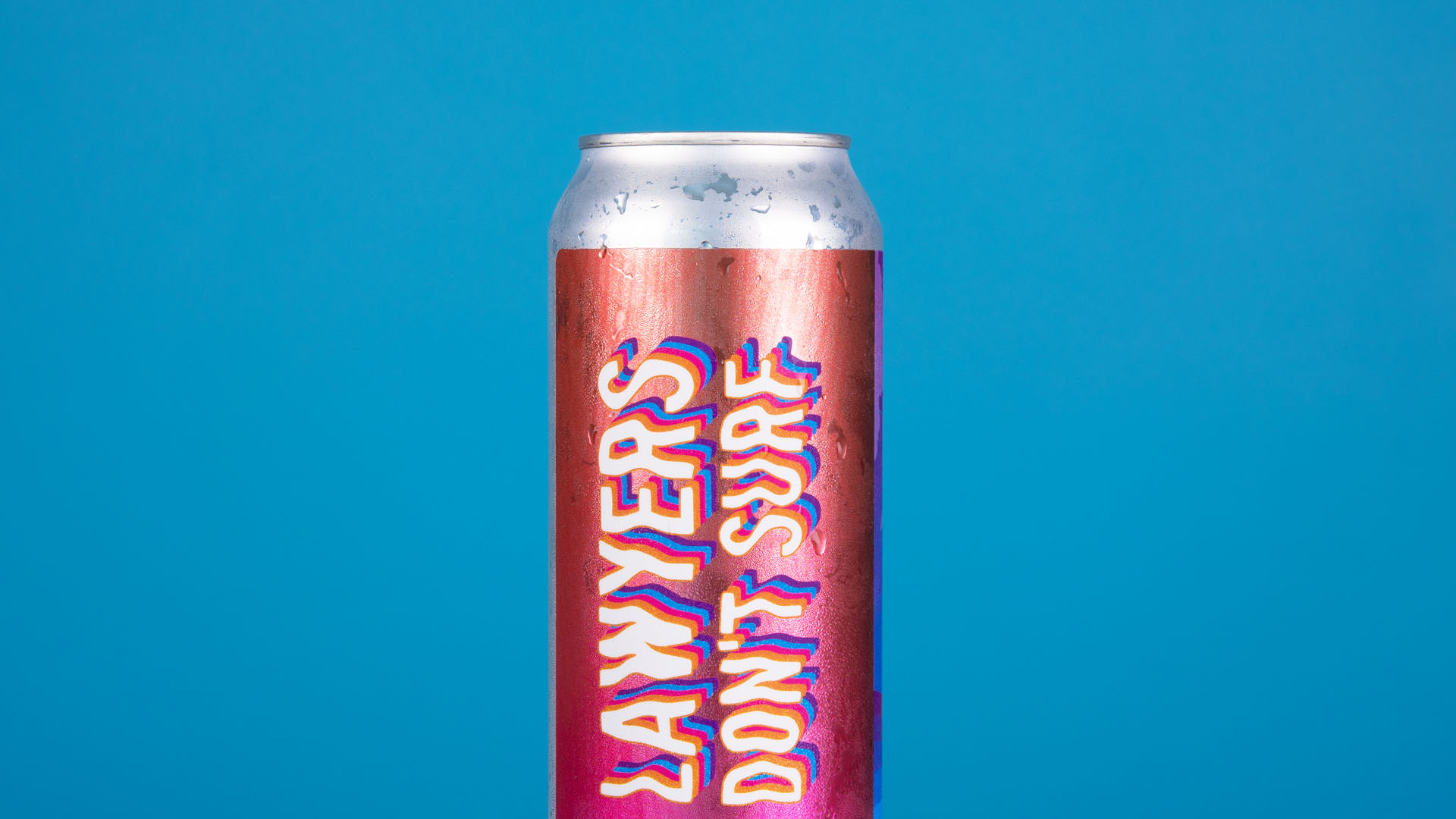 Lawyers Don’t Surf is a relatively newer sub-styles of IPA (we don’t count Brut IPAs) known as the New England IPA or Juicy IPA or Haze Boi, etc. Lawyers Don’t Surf Juicy IPA comes in at 6.9% ABV and is a true Haze Boi. With 100lbs of flaked oats making up 18% of the grain bill, it pours looking like straight orange juice accompanied by a nice consistent and fluffy head. The aromatics that accompany the beer are those of being a slight pine, citrus, mango seed and a slight bit of grapefruit as well. The flavors of the beer fall directly in line with the aromatics as well, there is no disparity between the two. This is basically orange juice with hops.

The IPA or India Pale Ale actually has a very interesting story on the conception of the actual style. Back in the day (a long, long time ago) when the British and India were conducting business with each other, the British would leave their compatriots behind in India to continue trade talks. The British would partake in the local drinks that the people of India would provide; but since the British weren’t accustomed to the climate and local spirits of the people of India, they would get dehydrated and die! So to fix this problem, the British needed to figure out a way to get beer into the hands of their people so they wouldn’t keep dying. So what they figured they would do is over hop (one of the four main ingredients in beer) their Pale Ales so that the beer wouldn’t spoil over the two week trip to India. The beer would start in barrels in what is now the UK, sail to the Americas and then make its way to India after that. Hops actually provide antibacterial properties and with this little tweak to their original Pale Ale recipes, the IPA was born. The English IPA is very different from the American IPA. The English IPA is more balanced (in terms of hops and malt characteristics) and you would taste more earthy, woodsy flavors from the hops. The American IPAs of today push the boundaries of bitterness and explode with flavors that are citrusy, juicy, dank, tropical piney and fruity.

This is a beautiful beer that has an amazing body that isn’t your typical IPA. This is the beer you give your friend that “doesn’t like IPAs” because they had an IPA that one time and now hate all IPAs because of the bitterness or because its “hoppy”. This is a beer to enjoy with friends or even alone; be careful though, it definitely can creep up on you. And if you want to pair this beer with some food, I would pair it alongside brunch (being basically OJ and all) or I would even make a cheese charcuterie board or even some fish dishes that are leaner white meat fish, nothing like salmon or tuna. Here’s to all those lawyers that don’t surf, or hey, here’s to the lawyers that do surf. Cheers brah!