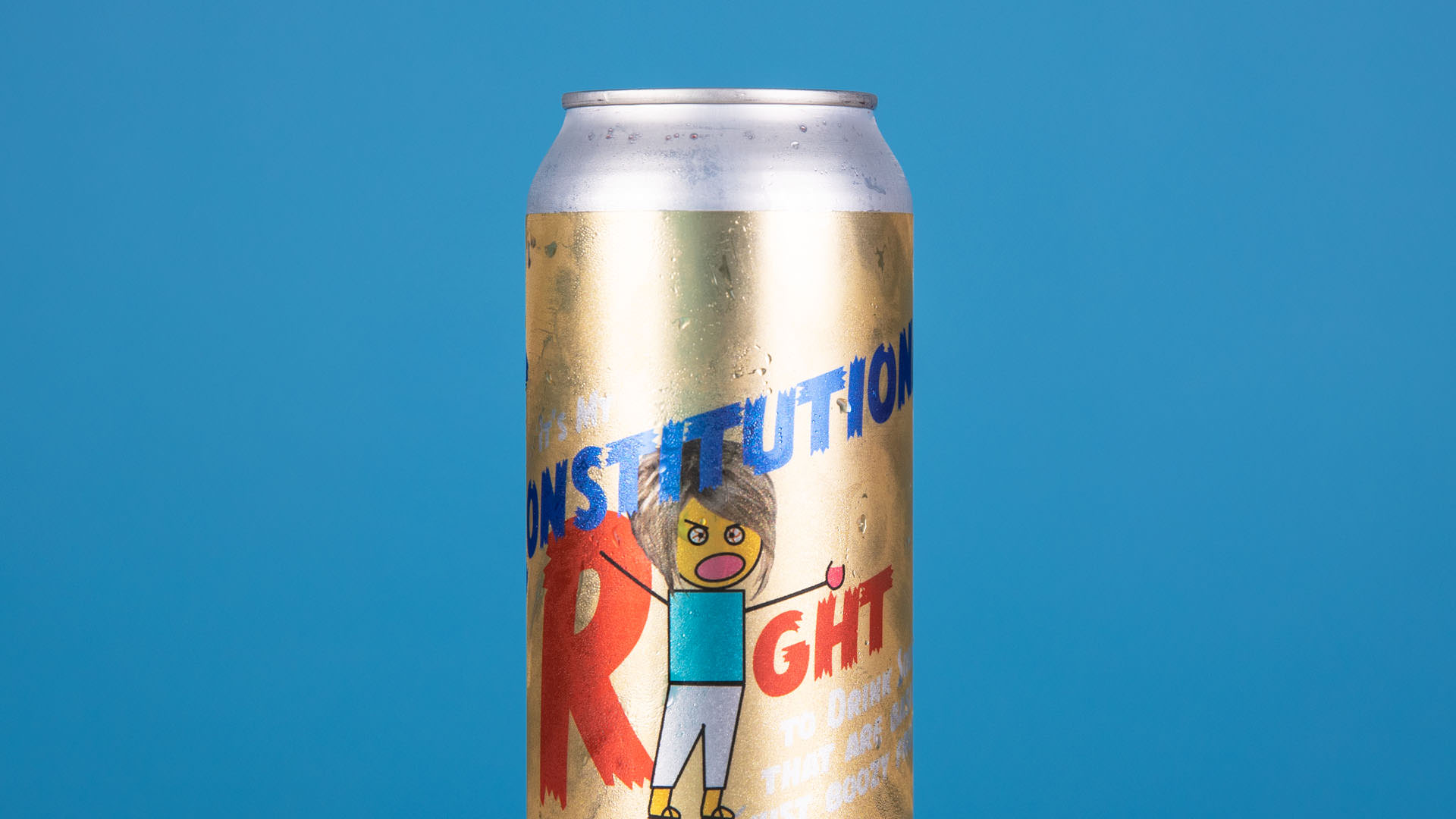 Uhm, can I speak to your manager please?!

We all know or have been introduced or have seen a Karen in action before… and this is the beer for them! Before we begin, we’re just gonna call this beer Constitutional Right from now on, because the actual title is just way too long to continuously write it out. Constitutional Right is a 6% ABV Fruited Sour Ale that is bursting with flavor. This beer pours a scarlet red and even has red foam as well! This beer has aromatics like straight raspberry with that zesty, fresh lime scent immediately following. As far as the flavors goes, you immediately taste the raspberries with the limes rushing in soon after. Slightly acetic, slightly tart, but full of flavor and an easy going sour.

While “Sours” aren’t really a style in and of themselves (it’s just a flavor descriptor) the real Wild/Sour styles that started them all are Berliner Weisses, Goses & Lambics. We won’t be talking about Lambics here because that is what the Belgians do best; they are Wild beers that are aged in wooden barrels. The “Sours” that you’ll most commonly taste in the States these days are what’s known as kettle sours. Where you knockout your wort after your brew day into the fermenter and then hit it with Lactic Acid and let it sour in the tank. You could use acidified malts as well to sour your beer, or you could do what we (at Lincoln’s Beard Brewing) do. We brew a base beer, completely ferment it out, and once it’s done fermenting, we hit it with whatever fruits we decided on for that particular sour and then hit it with citric acid as well. It’s a more controlled way of creating sours, because sometimes the Lactic Acid that you pitch can cause some off flavors that are less than desirable in your finished product.

This is the perfect brunch beer. It has those fresh fruit flavors, taste like juice and you can definitely even use it as a mixer. This would be perfect with a nice rich and fudgey chocolate cake, or even cheese cake as well. You can definitely use it as a vinaigrette for a salad with bitter greens, some nuts and some fruit as well as some goat cheese. And speaking of goat cheese, this would be the perfect accompaniment to a charcuterie board as well. So lets raise a glass to all the Karens we know, and if you are one, just shut up and drink this beer. Cheers!